tell-a-few•com
shares with a few, who tell-a-few, who Pay It Forward! Tell-a-Few•com is a business umbrella for serving people!
My Journey 'inside'

If you read the "About Rhyker"-tab, then it shouldn't come as a surprise that I had my whole life planned out already. Until ... several speedbumbs turned up.

Let me share with you how I got onto the -- still -- rather unusual journey to 'success'.

... all for good / non-romantic reasons! Everything turned out al right, but had nothing to do with luck!!

And next to be able to remind myself about my past, present and future? If I can inspire just 1 person to be as honest about their lifes? To look inside, make a necessary change, and pay it forward? Awesome!

We 'nerds' are a special breed of people. We know already that conquering challenges involves lots of trial & error (aka making gazillions of mistakes). We already excel at acquiring new skills & knowledge, and we know the traditional education system is horribly outdated. Yet we still are conditioned (from a young age on) that the ultimate goal in life is work for a big corporation. If I could only turn back time!

IT is a Life Sentence?

When I finished college I had my first full-time job in 2001 I was disappointed. All these years of being the best nerd, and this was IT!? Long working hours? Fixed low salary? So I signed for University in 2003. Two things I (re)discovered during Uni; my passion for PCs as product specialist and love for supply chain management during my voluntairy work as Manager Logistics of Uni's computerstore, next to working part-time helpdesk jobs to pay my bills.

After serving another year as logistics programmer, and being an part-time tech support entrepreneur, I was looking for 'a platform' to pass along my knowledge to younger entrepreneurs. Which I found at USE (University Student Entreprises). Never got started, but that's where I found my first business mentor with whom I founded AS Webservices Ltd. A company focused at developing affiliate marketing, webshop, SMS gateway, CashCrusader solutions.

Floris - 4 years younger than I am (which was the first tough pill to swallow LOL) - had his last real job when he was 16. Moreover, he seemed to never really do stuff (I did all the hard 'nerdy' work) and yet he was already living a lifestyle that was nothing less but intriguing! All without MLM btw! Which I got introduced to in 2004, through a dude showing me an Amway presentation. Ever seen those? LOL.

The marketing technique made perfect sense to me after being involved in the affiliate and word-of-mouth marketing sphere one way or the other. But selling detergents and house hold stuff? C'mon!

Floris knew of a different company and that's how we got involved into Euphony; helping people save money on telecom services they use everyday anyway. Easy right? Wrong! I had to face people ...

Till 2009 I had little success with MLM; was too busy reinventing systems and myself. It puzzled me how people with no real formal education where making fortunes! With all my knowledge about automation, I was determined to do it better. And as a result I didn't make a dime, cause everything I did wasn't duplicating. But I kept learning and growing.

People I've met after 2008? Know little about how I once was a 'real' nerd. I literally feared people!

If it wasn't for "The Secret" and applying LOA "Law of Attraction", I would have never ever met 'my dream woman' in 2007 during our employment at ASUS Benelux. And if I knew back then what I know now about women and providing stability? Ghe! As we were so not ready to take things to next level in our intense (in every sense) relationship. And MLM wasn't working out financially.

MLM at that time paid me rougly €1000 per ... year! My computer business was in the red numbers too.

And instead of taking responsibility of keeping part-time jobs? I blamed external circumstances for my lack of regular sleep, poor health habits, etc. I wasn't ready to throw the towel in the ring either though. As I was earning ~ €500 per month with Forex trading, but eventually lost it all in an Autosurf/HYIP portfolio.

Together with the government allowance of my girlfriend, we were able to share her apartment. Hey ... at least we loved each other and could live in peace ... most of the time. LOL! Want to test your relationship? Try living together for two years, 24/7, in a studio apartment of 25m2 (kitchen, bedroom, living- and bathroom already included). Interesting problems will surface; that's a promise! Anyway, with much resentment I applied for professions matching my techy background. IT literally felt as a defeat!

2008, I left an extremely challenging job where I was being trained to become the next CCIE in Europe (not my cup of tea / couldn't focus; hint++). 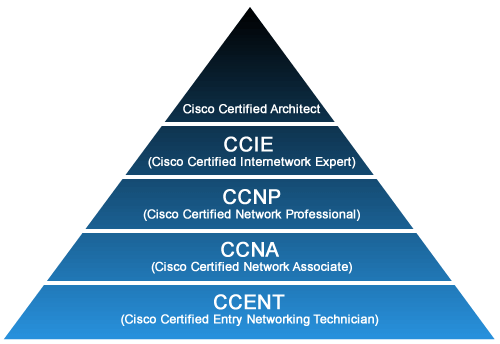 After I rented a temporary place to stay, and taken a job as 3rd level UNIX Systems Administrator @ Cap Gemini near Amsterdam ... a chain of 'unexpected' relational turmoil 'happened' & we 'had to' break up.

I was devastated AND heart broken. Everything that I had planned for us (bigger home, family life, etc.) slipped through my fingers seemingly overnight. 29 years old, and I fell into a void of uncertainty, self doubt, spiralling down the rabbit hole. *sigh*

Looking back upon it now, it's really interesting to see how the "Law of Attraction" came into play again. To create a "vacuum for good" applying one of my virtual mentors, Randy Gage, universal laws):

The night before I found a CD set in my closet, that was given to me by Euphony biz partner in 2006 with the instructions to listen to it ASAP. January 2009 I finally found the will to actually do it. I mean; Why not? Had nothing much to lose anymore! Stinking anti-prosperity thinking, I know. But that's how I felt like back then. I popped the first disc in the CD player of my car, to find myself listening to Bob Proctor's Success Series. Indeed! From The Secret!

That same day I got home I was browsing YouTube a bit, on Bob Proctor's recent work and I stumbled upon a trailer of "The Compass". It all just made super sense all of a sudden! As I always had this dream of working and/or living abroad, and being single meant that things just got a whole lot easier! Or didn't it? I was totally clueless how to move forward, what financial vehicle to choose, where to get the proper advice, what options to explore, etc.

In the few days after, I manifested interesting things! I stumbled onto a learning ground called 'Success University'. An education company using MLM to get paid to empower others learn about Personal Development: PERFECT! And while researching Success University on YouTube, I kept running into this bloke from the UK: Amit Tiwari. Interviewing successful leaders. Without contact info, I sent him a private message(!) on YouTube!! Got response, and after a short phone call I did something CRAZY!

I jumped into the Eurostar train to meet-up with both Amit, as well as a bald headed bloke called Kalpesh Patel, I only spoke to a few days before on the phone. I just had to find out what they told me was true. When I got back from the seminar in London UK, I can still hear the laughter & ridicule of the people around me. Couldn't blame them; they weren't exposed to the level of intel I was exposed to. Three months later I moved to London to get closer to the fire / wisdom / coaching of these gents.

At first? Mentally? Yes. But half a decade of refusal to improve my lifestyle habits (living on a poor 'diet' of energy drinks, cigarettes, junk & fast food) had a really negative impact on my physical well being.

Early 2010 I was required to abort my adventure and move in with my mom in Holland. Four slow years of surgery, financial & mental coaching, etc. Coming to terms with myself and what I really want to achieve.